On November 1, 2008 Clare Lindop steered 100-1 outsider Rebel Raider to victory in the Victoria Derby. Five years earlier, Clare's life changed when she drew attention, becoming the first Australian female and the third female ever to ride in the Melbourne Cup; a race she has now ridden in three times. 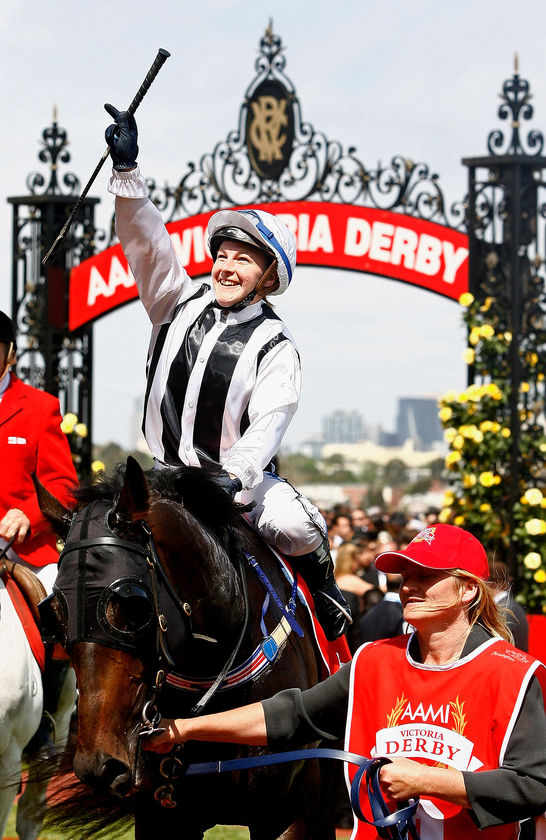 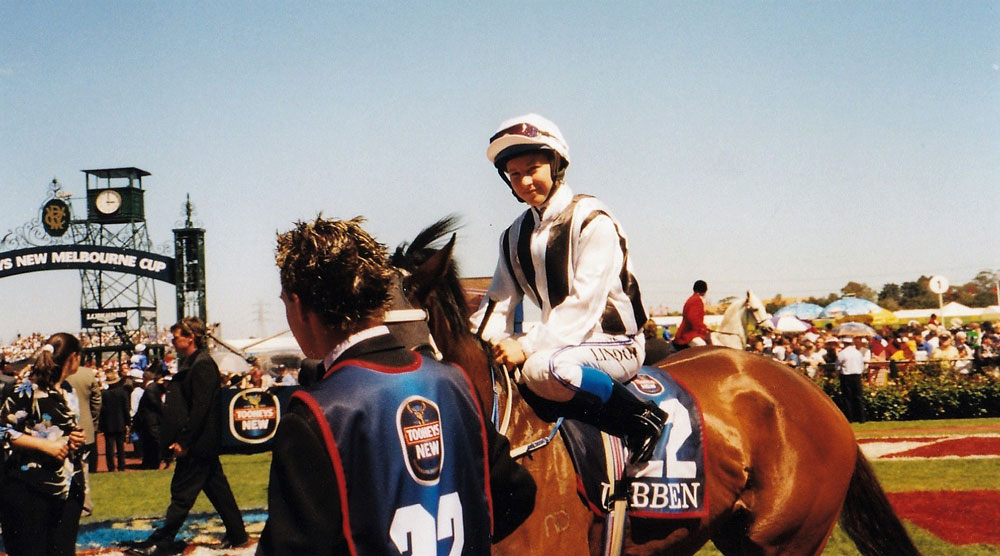 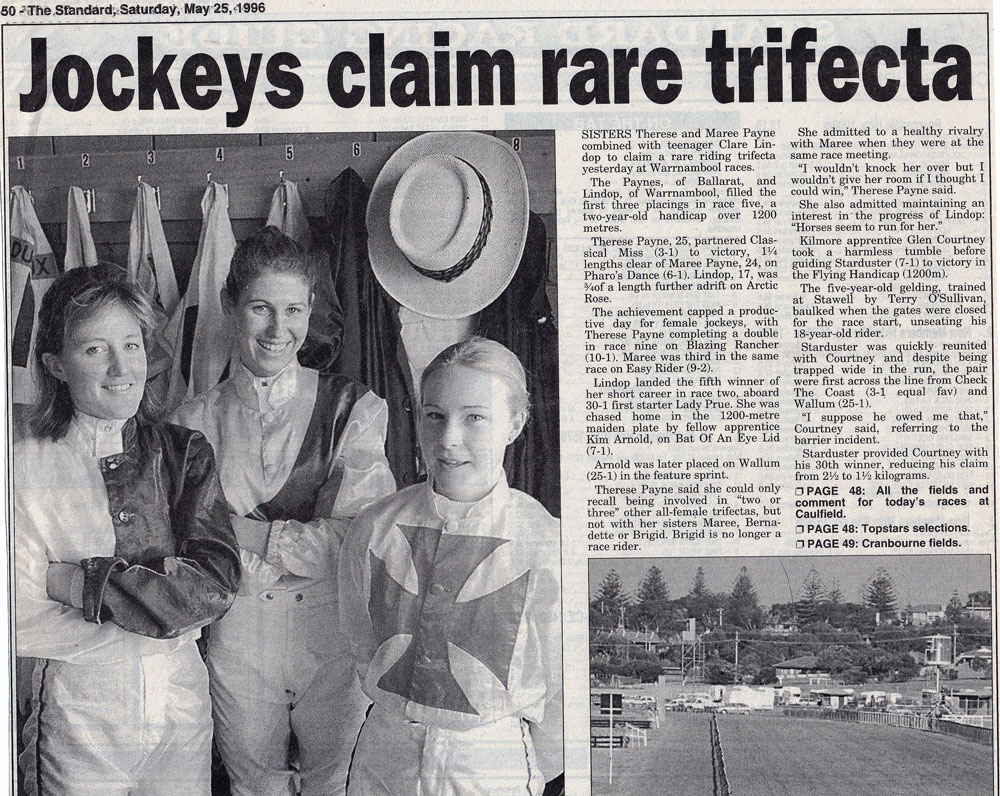 In 2003 Clare’s dedication to her craft was rewarded when she was given the opportunity to ride “Debben” in the Melbourne Cup – Clare drew attention by becoming just the 3rd female and the very first Australian woman to compete in the race-that-stops-a-nation.  Clare went on to ride 111 winners for the 2003-2004 racing season, becoming the first female jockey to crack a century in one season, and her record was only just broken in 2018.

2004-2005 Clare won her first SA Jockeys Premiership – and yes that was a first for female jockeys too!

In 2006 Clare had become the first Australian female rider to win a Group 1 when her mount Exalted Time won the Adelaide Cup.

Her biggest success came in 2008 at Flemington, the Group 1 AAMI Victoria Derby aboard Rebel Raider trained by her longtime supporter, Leon Macdonald.

In SA she won the G1 Goodwood Handicap (Lone Rock in 2011 for Victorian Trainer, Robert Smerdon) and the G1 SA Derby (Rebel Raider in 2009).

In October 2008, Clare Lindop became the first female jockey  to ride 1,000 winners riding a double at Morphettville in Adelaide. (Bev Buckingham in Tasmania rode 906 winners and was an inspiration to Clare’s career)

Clare’s 2008 win on Augusta Proud for Leon Macdonald and a team of owners at the Magic Millions 2YO Classic on Queensland’s Gold Coast saw her continue a winning steak of 6 wins culminating in a chance in the Golden Slipper.

In 2009 and 2011 she rode in the UK for brief periods winning 4 races from 22 rides. Her most satisfying success came at the Newmarket July course in June 2011 on Ivory Silk for expatriate trainer Jeremy Gask when he was based at Sutton Veny in Wiltshire.

Clare has also ridden extensively throughout Australia, competed at all of the Major Carnivals, including becoming the first female to ride in some of the Australia’s Classic Races, and ridden a winner in every State and Territory except for the ACT.

In racing; I have always tried to do the best I can. To work hard for those who believe in me.

Often, I was the only female competing on race day- and I am very proud to be able to say that I have made history by becoming the first female jockey to win a Metropolitan Premiership, and I was the first Australian female to win a Group 1 and to ride in the Melbourne Cup.

This has meant that I have gained a lot of media attention that I would not otherwise have had, which has helped my profile and exposure enormously.

The media did add pressure and sometimes unwanted attention when one is trying to focus on getting the job done. But now I can say that the best thing about having a profile is to be able to give back. I am privileged to be involved with Community Groups and Charities I am passionate about.

Click the links below for more information and statistics about Clare's racing career. 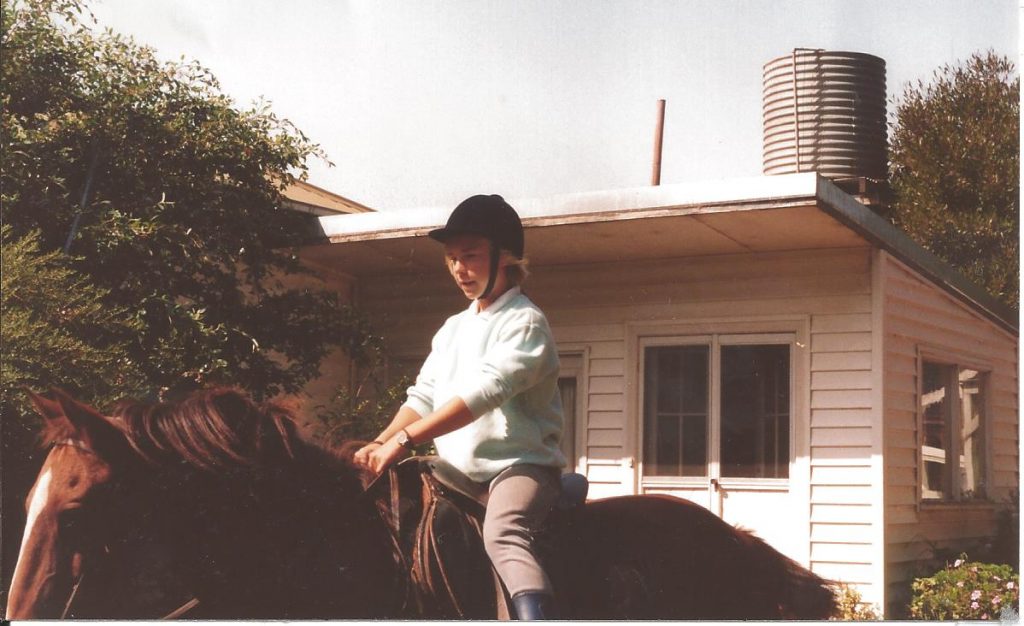 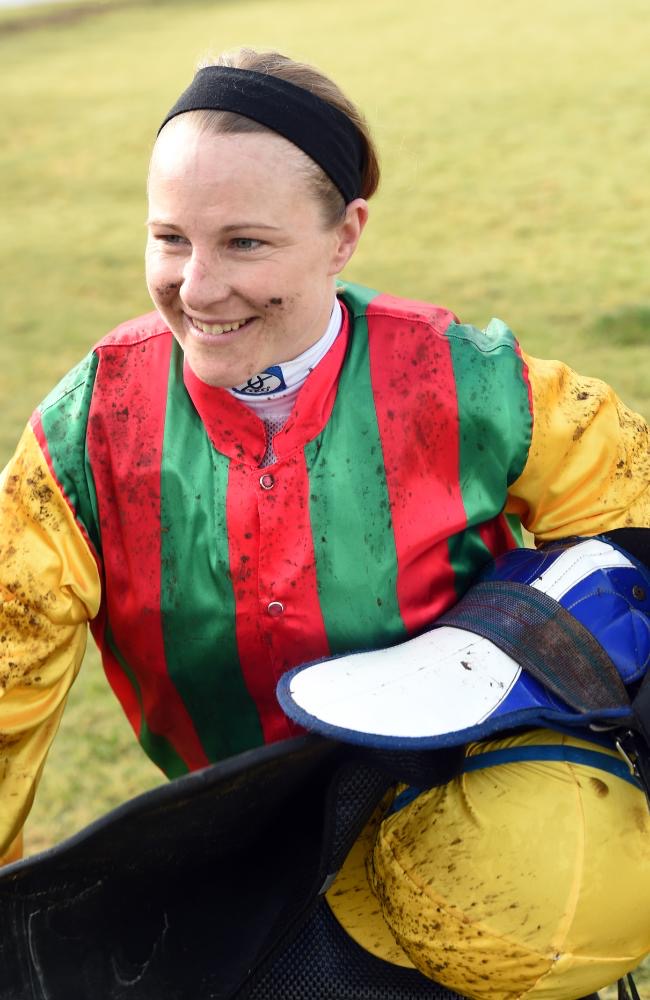 With no family background in Racing; Clare’s passion for horses started with her love of animals and living on a hobby farm in Wangoom, country Victoria.

Clare learnt to ride at the St Marys Pony Farm at the age of 10, gaining an amazing horsemanship experience by working there on the weekends. Clare soon had her own horse “Annie” and was a member of the Warrnambool Pony Club.

Clare’s career in racing started in the early 1990’s when she “got a job mucking out the stables” at a local Allansford Race Horse Trainers Stables. Leaving Warrnambool Secondary College at 15, she had her first race ride as an Apprentice Jockey at the Warrnambool May carnival in 1996.

In 1997-98, when based at Hamilton, VIC and under the guidance and tutelage of her Master Jack Barling, Clare became the VIC South-Western District Leading Apprentice.

Taking the opportunity to move to Adelaide’s Morphettville Racecourse in 1999 to complete her apprenticeship with Byron Cozamanis, Clare’s work ethic and perseverance took her to the top level of racing in Australia and abroad.

Clare’s career has been blessed by great mentors and memorable moments. From humble beginnings Clare rose to the top of her game, overcoming injuries and disappointments to become one of the most consistent jockeys in South Australian Racing for 2 decades.

In 2018 Clare became the first female jockey to be inducted into the SA Racing Hall of Fame.

Australian female rider to ride in the Melbourne Cup 2003 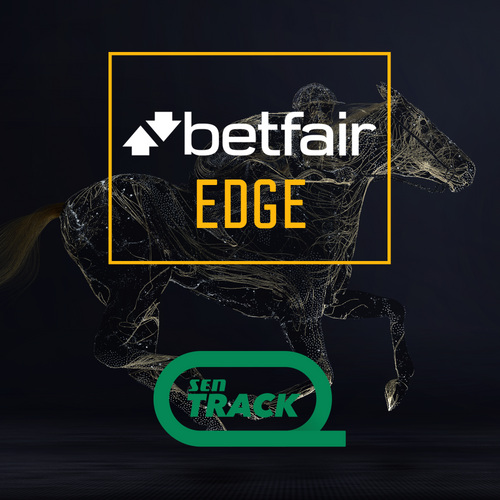 A Bite With Susan – Clare Lindop

Coming Down The Straight